HERO Inner-Mask is an accessory that reduces the suffocation caused by the usage of non-woven (surgical) masks by regulating the airflow inside them. 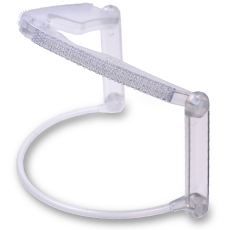 To appropriately and effectively wear a non-woven mask

Studies and observations suggest that wearing a non-woven (surgical) mask, rather than a cloth mask or urethane mask, is extremely effective in preventing COVID-19 infections. However, owing to the high filtering performance of the non-woven mask, it is easy to feel stuffy when using this mask. The currently available commercialized assistive products for non-woven masks solve this problem by lifting the mask from the mouth or skin; however, the exhaled breath, which is inhaled again, still fills the environment between the mask and the month of the user. As a result, some people move the mask down to expose their noses, undermining the prevention effectiveness.
To address this problem, HERO Lab has started to develop HERO Inner-Mask that does not suffocate the user, even when properly wearing the non-woven mask. 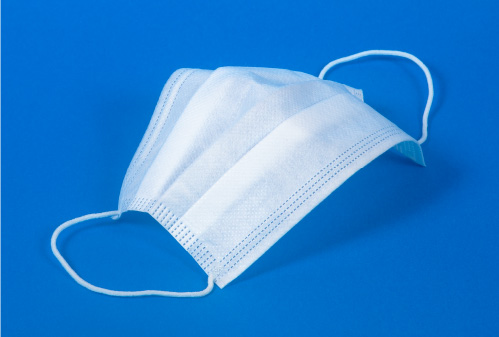 Figure 1 indicates that inhalation and exhalation are naturally separated mechanisms, as inhalation involves the slow suction of stationary air near the nostrils, and exhalation corresponds to the air being blown downward as a jet from the nostrils. However, when you wearing a mask, the room inside the mask is filled with exhaled air, and the foul air is inhaled again, causing discomfort.
When using the HERO Inner-Mask, the space inside the mask is divided into upper and lower parts by a "partition plate", separating the inhalation and exhalation mechanisms, therefore assisting the breathing of humans. Fresh air enters from the space above the mask during inhalation and the air jetted from the nostrils during exhalation exists through the lower filter, which is composed of non-woven fabric. In addition, the probability of the occurrence of foggy glasses decreases, as the exhaled air does not flow back upward owing to the partition plate.

Figure 1: Visualization of the respiratory reciprocating flow using a supercomputer 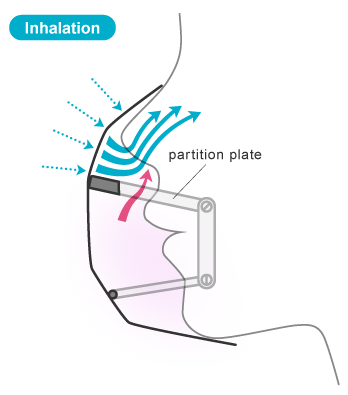 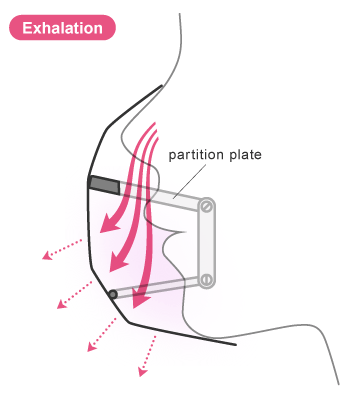 The partition plate of the HERO Inner-Mask divides the space between the mask and the mouth of the user into upper and lower parts, the air flow easily from the top part to the bottom part (rectification effect). In this structure, the exhaled air does not remain near the nostrils, and fresh air always enters the mask from the outside environment through the upper filter.

Verification of the rectification effect using a thermography camera

Non-woven mask used in this experiment

A pioneer in the robotics, Professor Emeritus Hirose of Tokyo Institute of Technology designed the HERO Inner-Mask. 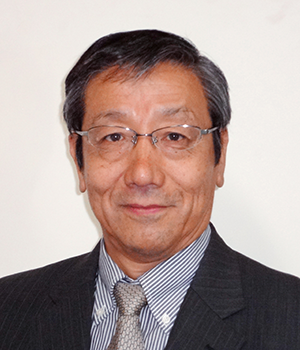 Hirose is a Professor Emeritus at the Tokyo Institute of Technology (Tokyo Tech). He has worked as a distinguished professor in the Department of Mechanical and Space Systems, and is a director of the Super-Mechano-System Innovation and Development Center in Tokyo Tech. He has created and developed various robots and machine elements such as snake robots, walking robots, and robots of variable shape. These robots were applied in disaster rescue works, landmine detection and removal works. He has applied for more than 1000 academic treatises, the largest number of patents among professors at Tokyo Tech, during his tenure. He has also been committed to creativity development education beyond the boundaries of the university as well as on the campus. In June 2020, Hakusan Corporation established HERO Lab, and Hirose became the director of the laboratory.

A story of product development

In the summer of 2020, when I was riding a bicycle while wearing a mask, I wondered if I could reduce high temperature and closeness by the use of surgical masks; therefore, I started developing the HERO inner mask. Several products available in the market that allow the mask to float from the mouth; however, wearing it for a long duration leads to suffocation, and hinders its filtering effect if the mask is not properly worn. I believed that we require a mask accessory that allows the user to breathe more comfortably, even when the mask is worn properly.

To eliminate this suffocation, I believed that it is important to induce an airflow inside the mask from the top part to the bottom part and regulate the flow in one direction through an electric fan and a small turbine that rotates due to the exhalation from the nostrils. I have developed several prototypes to achieve practicality and solve the suffocation issue using the simplest possible mechanism, similar to a physical check valve. As a result of repeating experiments, in which 100 or more prototype models were attached and exercised, I concluded that a simple hole on the “partition plate” can be sufficient, instead of a check valve. 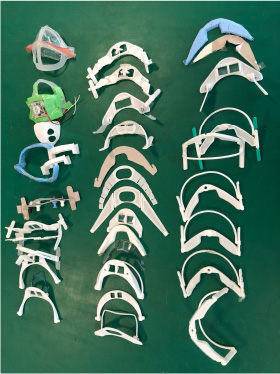 Why do human inhale and exhaust air through their noses?
Why has the nasal cavity evolved so thin that it can get clogged by empyema?

* Results of the questionnaire conducted 261 people, which were surveyed by Hakusan from 20th June to 20th August 2021

(No overseas shipping is available, currently.)